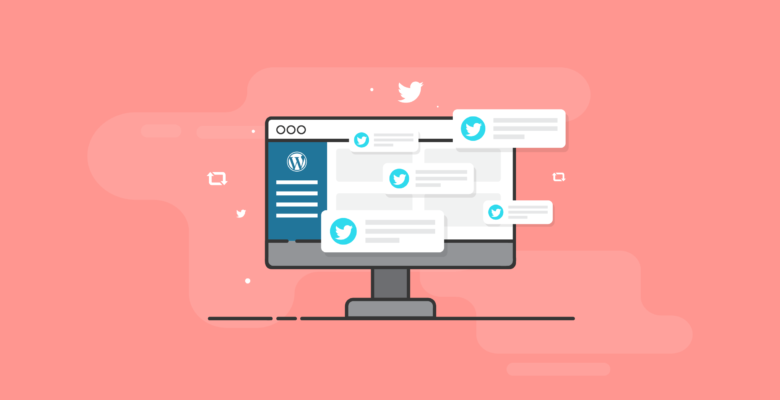 The best WordPress Twitter plugins for 2022 make it easy for you to share your tweets directly on your WordPress site.

Whatever your personal experience of Twitter has been, there’s no doubt that being able to display your tweets or tweet content easily from your WordPress website is a simple way to increase engagement and bring in more followers.

But before you work your way up as the next Twitter influencer with thousands of followers, you first need to find the best WordPress Twitter plugins for 2022.

In this guide, we’ll be exploring the different types of Twitter plugins for your WordPress site, as well as uncovering the best ones.

These plugins do exactly what you’d expect: They allow you to place a Twitter feed on your website either embedding it in a page or post or, most commonly, as a sidebar widget.

We’ve included both free and premium plugin options, so you can also decide your level of investment. Each plugin includes information on features, pros, cons, pricing, and our final verdict.

Better Click To Tweet is developed by Ben Meredith. Ben is the guy behind the GiveWP support team and is active across the wider WordPress community.

Originally inspired by Click To Tweet plugins that didn’t work very well and offered little in the way of functionality, Ben developed this plugin to satisfy his own need. Better Click to Tweet is now a successful plugin in its own right, with more than 20,000+ active installs and 40+ 5-star ratings.

The primary pro of Better Click To Tweet is that it simply works. There are no complicated settings. It just works out of the box without any problems.

The plugin offers both a WordPress shortcode and a WordPress block for the Gutenberg WordPress Editor, so it is future-proofed and ready to use with whatever version of WordPress you have installed.

Styling options are limited in the free version, but you can customize it with CSS. If you aren’t feeling like a CSS god, then the premium version offers style kits to get you started quickly and easily.

There aren’t any cons with Better Click To Tweet. It does what it sets out to do and works well.

Now onto the pricing. There are 3 pricing tiers for Better Click to Tweet for the Pro Bundle:

It works perfectly out of the box, has no complex settings, and is easy to style with CSS. While it’s a no-frills plugin, sometimes less really is more.

Smash Balloon was originally founded by John Brackett in 2013. Then, in 2020, it was acquired by AwesomeMotive, who are the team behind popular WordPress plugins such as WPForms, OptinMonster, and a ton more.

Smash Balloon is more than just the Twitter feed plugin. They also have popular plugins for social feeds and more available from WordPress.org.

Custom Twitter Feeds is completely customizable. By default, it inherits the styling from your theme, but you can change it to look however you want with CSS.

One of the nicest things is that you can get a boost to your SEO rankings as the Twitter feed that’s output on your website is completely indexable by search engines.

Along with that, there are other great features, such as infinitely loading tweets with a “load more” button to keep displaying new tweets. Plus, it can display multiple Twitter feeds if you have more than one relevant Twitter account.

Lastly, Custom Twitter Feeds has excellent support. You only have to read the reviews to see how much everyone loves the support they receive from the Smash Balloon team.

Most other social plugins are notorious for their lack of support.

There aren’t cons to the functionality of Custom Twitter Feeds. If we could mention anything, it’d be that the user interface can seem overwhelming at first glance. The plugin is so powerful, there are a lot of options.

However, once you get the hang of how to set everything up, the overall functionality isn’t a major issue. The plugin is well documented, so if you dedicate the time to reading the manual, it is quite easy to use.

There’s a free version of Custom Twitter Feeds available on WordPress.org. Beyond that, there are four different pricing tiers:

If you’re looking for other social media plugins, the all-access bundle is the best value that offers everything you could want.

And like most AwesomeMotive products, it’s not unusual to be able to find a considerable discount.

Usually, coupons can be found for at least 30% off the original price.

Custom Twitter Feeds Pro is, without a doubt, the most comprehensive Twitter feeds plugin for WordPress, offering everything you could ever need.

With clean front-end styling that works well with any theme, it’s very easy to just plug and play without getting bogged down in customizing the feed.

Reasonable pricing for the Pro version helps with a range of additional functionality, making it a great option for agencies.

While it isn’t only a WordPress plugin for Twitter, it does allow content sharing across the popular platform.

Social Warfare was one of the most popular WordPress social media plugins. Today, it still has more than 60,000 active installs.

These 1-star ratings can be traced back to when the Social Warfare team released a series of updates with errors that broke nearly every website running the plugin. Because of the issue with the updates, the plugin lost popularity to its competition.

However, today it seems everything is back on track with Social Warfare. It’s still one of the best ways to allow your visitors to share your content across Twitter.

One of the main pros of Social Warfare is that it works with a number of social networks including:

Plus, it has a variety of placement options. This allows you to place the sharing buttons or bar exactly where you want, including:

The pro version goes even further with additional social media sites, such as:

Social Warfare is one of the most feature-rich WordPress social media plugins available.

There aren’t any specific cons to Social Warfare. While it seems they went through a rough patch with some bad releases and security issues, given the recent reviews and our testing of the plugin, those issues seem to be in the past.

All features are included with every tier. Tier pricing is based on the number of websites you want to use the plugin on.

All licenses renew annually with a 30% discount applied automatically upon renewal.

Our Opinion on Social Warfare

Social Warfare is a feature-rich social media plugin for WordPress that offers everything you’ll need. If you’re looking for an easy-to-use plugin where visitors can share your content across social media, Social Warfare will work out for you.

If you’d prefer something more specific to Twitter, you may consider one of the other plugins mentioned in this guide.

Overall though, Social Warfare is a great plugin. Try not to let its 1-star ratings put you off, as it seems all those issues are well in the past.

No matter which WordPress Twitter plugin you pick from the list, they are all great options and offer everything you need to get started with Twitter on your WordPress site.

Get the bonus content: Tools You Need to Build Your Business