Home/Themes/Netflix: this new SF film with Chris Hemsworth and the director of Top Gun Maverick is finally out 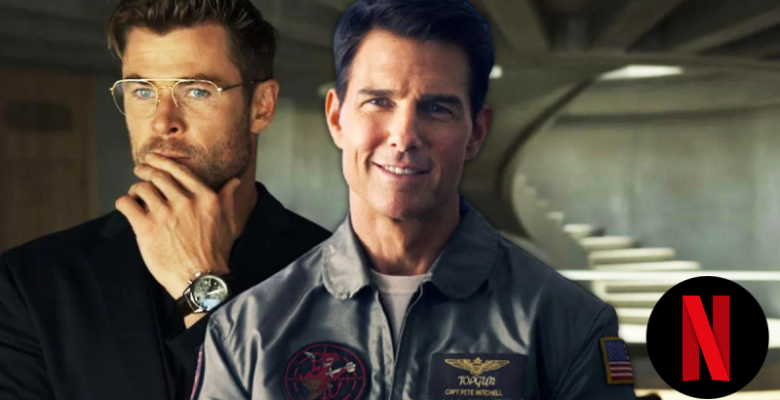 Right now, hard to switch to side articles about the success of Top Gun Maverick. However, did you know that the director of this film also directed a science fiction film that has been available since today (June 17, 2022) on the Netflix platform? We'll tell you more right now.

Spiderhead is an American science fiction thriller film directed by by Joseph Kosinski, who signed Top Gun Maverick. The film bases its screenplay on George Saunders' dystopian short story Escape from Spiderhead , and stars Chris Hemsworth, Miles Teller and Jurnee Smollett. It is told to us there; the story of two convicts living in the near future.

Both grapple with their pasts as they are trapped in a facility which allows prisoners to reduce their sentence by volunteering for experiments. ences using emotion-altering drugs. The prisoners will quickly understand, however, that they will have to thwart the experiments carried out within the prison if they want to have a chance of getting out of it by remaining themselves.

What is spiderhead really worth on netflix?

Interesting themes, which can also be found in the work of George Saunders, are highlighted in this film, which notably questions the place of work and despair in our society; current. However, despite a five-star castand an interesting storyline on paper, we weren't. fully seduced by this new science fiction film,which makes the prison environment a totally unrealistic place, but notin the good sense of the word.

We would have liked see a scenario that takes some risks, or that takes us on a very dark path, which would have been interesting to exploit, and instead, everything seems to stay very (too?) on the surface.

And we are apparently not the only ones since on Rotten Tomatoes, 56% of reviews are positive, with an average rating of 5.8/10 at the time of review. we are writing this article.This new science-fiction film is therefore receiving mixed reviews for the moment, and it is only up to the audience. whether you want to press the Play button, or not. And if you're a fan of Netflix series, you can always take our latest quiz which focuses on the best series on the platform!