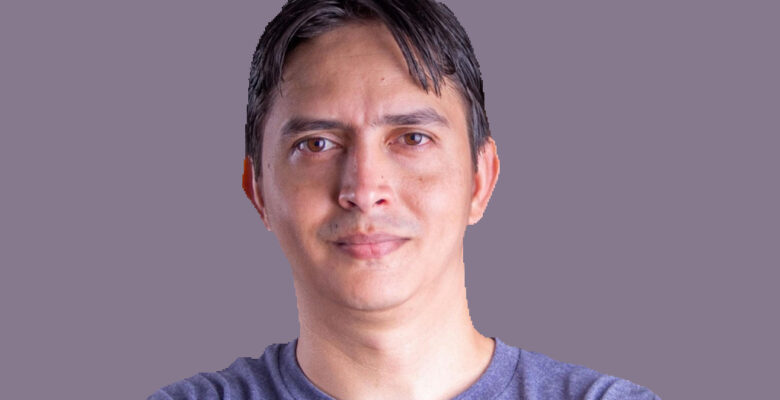 WordPress is open source software, maintained by a global network of contributors. There are many examples of how WordPress has changed people’s lives for the better. In this monthly series, we share some of the amazing stories.

To coincide with International Translation Day and the final day of the 2021 WordPress Translation celebration, we feature the story of a WordPresser who has made a major impact in the polyglots team.

Beyond software, meeting the WordPress community

For Yordan Soares from South America, finding WordPress also meant discovering friends, community, and opportunities. He had not expected to find a whole global movement behind the web development software.

Yordan, who is from Venezuela, South America, said: “The first time I used WordPress, I had no idea what was going on behind the software or beyond it. I knew there was someone making it all work, but I couldn’t even remotely imagine all the people who were making WordPress not just a tool for developing websites, but a whole movement that comes together to share, build, and help make the world better.”

Turning your hobby into your job

Initially, Yordan earned his income from computer technical support and installing networks for small and medium-sized businesses. Back in 2005, web development and code-writing was just a hobby. When he discovered the concept of CSS and how it could make everything dynamic. This opened up a whole new career pathway for him.

In 2010, an introduction to WordPress through a friend opened up a future he had not imagined. He stopped using any other content management system (CMS) and wanted to explore how much he could do with the platform.

Three years later in 2013, he was able to take his WordPress journey further by starting a small advertising agency with some of his friends. During this time, they crafted commercials for local radio and TV stations. Through WordPress, they found it easy to build more than 15 websites for businesses in a market that previously had not valued the importance of having an online presence.

He said: “We were working for almost four years until at the end of 2017 the economic crisis in Venezuela became too acute, and we decided to close the agency when we stopped making profits. Taking stock of that period, I think we changed the way merchants saw the Internet business in the city.”

Working full time as a freelancer

One year on in 2018, Yordan began to freelance full-time as a web developer. His first clients were primarily agencies and friends who had emigrated to other countries. Later, he expanded into freelance marketplaces.

At that time, getting started as a freelancer was quite a challenging task in Venezuela. The first hindrance was getting a fair level of recompense. Additionally, the deteriorating conditions in the country with constant blackouts and internet connection failures complicated matters.

At the time, Yordan was living in Guarenas, where the situation was relatively better. He managed to get a reasonably uninterrupted electricity supply with adequate internet speed, which was just good enough to complete his projects.

“Surely if I hadn’t met the community, I would have continued to work on my own, like a lone wolf, doing the ordinary work of solving problems for occasional customers and paying my bills,” he said.

Living in Guarenas, Yordan began to experience stability in his career and made new friends and contacts. He began looking for co-working spaces or technology communities nearby, and that’s when he met the WordPress community in Caracas.

He quickly signed up for the first face-to-face event. As soon as the event concluded, he went to talk to the co-organizer and offered his help. He was inspired to help with designing promotional pieces, managing social networks, and organizing events.

Through such events, he met and connected with several people living in nearby cities.

A few months later, with other WordPress users in the area, the idea emerged to start a new Guarenas-Guatire meetup group. The idea became a reality by December 2019, when they applied to the WordPress community team.

Once the final approvals came in, the team started scheduling the activities. The WordPress Guarenas-Guatire Meetup was officially recognized!

During the first quarter of 2020, just before the pandemic, Yordan and colleagues organized five face-to-face events. With the worldwide lockdown, in-person community engagements came to a halt. However, the Guarenas-Guatire community was eager to continue meeting.

To keep the community active and motivated, and with the support of sponsors, they started organizing online events under a format called “WordPress a la medianoche” (WordPress at midnight).

The format of these events was inspired by Alexis Arnal, who suggested meeting at midnight to make the most of the internet speed that would usually improve somewhat after that time!

At the time of writing, Yordan and the team have organized 16 WordPress a la medianoche events with an attendance of up to 50 people per online gathering. An impressive audience which enabled a comparatively small meetup to keep communications flowing at a difficult and unprecedented time.

One positive of such events, is an opportunity to invite people from other countries and run sessions in partnership with others. An example was a special translation event with Javier Esteban, a member of the translation team from Spain. The meetup also invited contributors from Mexico, Costa Rica, Peru, and Colombia who were happy to participate.

Strengthened by the community

Yordan believes that he would have continued to work on his own had he not met the WordPress community.

He said: “Fortunately, this was not the case and I have been able to live a lot of transforming experiences that have shown me the meaning of the words ‘community’ and ‘volunteerism’.”

Yordan felt empowered by the community and it led him to volunteer for many other roles and activities, including Locale Manager for Spanish Venezuela, a moderator for WordPress.tv, and as a support contributor in the forums helping people with technical issues. He has also developed free plugins for the official WordPress directory and spoken at community events including WordCamp Spain 2020.

All this has a boomerang effect, Yordan explains. These experiences helped him grow personally and professionally, as it’s always rewarding to know that you’ve helped improve the WordPress ecosystem.

He also likes being able to directly help people when they need it and feels it is a two-way learning process.

“At first, when I told my family and friends about the community and the work I was doing, they would ask me ‘what do you get in return?’ Perhaps they expected me to tell them a specific amount of money, but the answer is more complex,” he said.

“It’s rewarding to know that you’ve helped improve the WordPress ecosystem, the tool you use to work and put food on the table.”

During his journey, Yordan has met many wonderful people with common interests and values, and the best part is that many of these people are now his friends, business partners, or customers.

At the same time, he has learned new skills and gained experience, which have given him a significant confidence boost in facing difficult situations that may come in life.

Thanks to Abha Thakor (@webcommsat), Larissa Murillo (@lmurillom), Maedah Batool (@maedahbatool), Chloé Bringmann (@cbringmann), and Nalini (@nalininonstopnewsuk) for work on this story. Thank you to Yordan Soares (@yordansoares) for sharing his Contributor Story, and to Josepha Haden (@chanthaboune) and Topher DeRosia (@topher1kenobe) for their support of the series. The WordPress Guarenas-Guatire logo on this page was designed by Bragniel Jimenez