Home/Themes/“Too political”: The Hague refused to hold an exhibition about the war in Ukraine 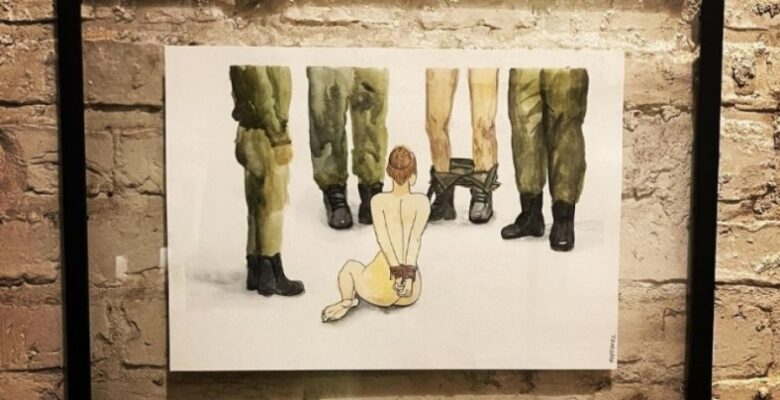 The Captured House art project tells about the war crimes of the Russian military. Before that, the exhibition has already been shown in Berlin, and then it will go to Rome.

The art space in The Hague, the Netherlands, refused to hold The Captured House exhibition about the war in Ukraine due to ” too political themes. Katya Taylor, the curator of the project and an expert on contemporary art, announced this on her Instagram.

“Just now, after long negotiations, I was denied an art space in The Hague, as the theme of our exhibition is ‘too political'. And they have to be careful not to violate their exhibition strategy and not draw unnecessary attention to themselves,” in in particular, Katya Taylor wrote.

According to her, in Europe there is still no feeling that this is their war too, or that it can come to their countries.

“It seemed to me that The Hague, where “justice is done”, should understand better than others the importance of what is happening,” the curator of the exhibition emphasized.

According to the Italian specialized publication ArteMagazine, from June 10 to 16, The Captured House exhibition will be shown in Rome, at the WeGil art gallery. Previously, the works have already been exhibited in Berlin.

The art project consists of two hundred works by Ukrainian artists and photographers, demonstrating Russian aggression and telling about the war crimes of the occupiers. The exhibition features works by Alevtina Kakhidze, Vlada Ralko, Daria Koltsova, documentary photographer Max Levin, who died near Kyiv, and many others. Among the authors is Evgeny Maloletka, who worked in Mariupol, when the city was already blocked by the Russian army and subjected to massive shelling.

This year, Katya Taylor created the Ukrainian Artists Support Fund to help Ukrainian artists who continue to work in hot spots throughout the country.